Preserving biodiversity is vital to maintain our ecosystems and keep the climate in balance. When it comes to biodiversity, we mostly focus on the diversity of plants, animals, freshwater and marine creatures. Of course, these things are important to maintain the ecosystem, from which we get food, medicine and shelter. But we often forget to talk about the biological diversity of what we eat.

So then, how diverse is the food that we eat? Answer: not very diverse. Of 6,000 plants cultivated for food, only nine plants account for two-thirds of total crop production.

Let’s start by looking at what my main meals were in the last two days: toast, pasta, rice, cornflakes, a sandwich, and a pizza. (I had other fruit and veg, but the majority of calories came from these meals). It may seem like my food for the two days are diverse, but when you break it down, it really isn’t. The main ingredients of the meals I ate in the last two days are corn, wheat and rice. And these three crops provide over half of the plant-derived calories worldwide. We’re overly dependent on a handful of crops – and that’s a terrible thing.

A statement on Greenpeace’s website reads, “The biodiversity and environmental integrity of the world’s food supply is too important to our survival to be put at risk.” I wholeheartedly agree. We must protect our food diversity at a time when agricultural practices itself damages the environmental integrity and food security. Here’s my post on how agriculture reduces food biodiversity.

But in stark contrast to Greenpeace’s anti-genetic engineering stance, I believe that biotech is part of the solution to agricultural biodiversity, and not the problem. The latest scientific developments firmly approve my belief.

If a plant can only grow under a specific condition in a given place, then it won’t produce enough food to feed many. For a plant to be commercially viable, it’s necessary for it to have the right characteristics, which allow it to grow in different conditions and places. There are several ways to introduce desired traits in the plant for them to adapt to different growing conditions. I won’t go through all of them, but historically farmers have mostly generated better plants through conventional breeding

a few decades, scientists have developed a biological process to engineer a plant’s genome to introduce desired traits through genetic modification. More recently, scientists developed genome editing (or gene editing) technology that allows precise alteration of genes to fix genetic barriers or introduce new traits. See my summary of the most common methods of plant breeding technologies that farmers use to produce new, better crop varieties.

Gene editing has several advantages over genetic modification (GM) technology. While new gene insertion is random with GM, gene editing allows precise insertion of the gene(s). Additionally, unlike GM, gene editing technology doesn’t introduce “foreign DNA”. As a result, genetically edited plants are indistinguishable from the conventionally bred plants or “naturally occurring” plants. Because of this, some even argue that genetically editing plants even GMOs (genetically modified organisms). Despite all this, the European Court of Justice (ECJ) ruled that any organisms that have undergone the gene editing are GMOs. In contrast, Japanese authorities ruled that only GM food that had foreign DNA require regulation, but the same restrictions don’t apply to gene editing.

Researchers at CIMMYT and International Rice Research Institute used the latest breeding technology available to start the Green Revolution. Over a half-century later, the European Union ban on gene editing technology could threaten sustainable agriculture, food security and agrobiodiversity. The legislation puts the European plant breeding industry at a considerable disadvantage against their global competitors. The ECJ’s decision to ban the most advanced plant breeding technology has united 114 research institutes (so far) to raise concerns against the decision collectively. European research institutes urge policymakers to note that regulating genome edited organisms as GMOs has negative consequences for agriculture, society and economy.

I like to categorise both the GM and gene editing technologies under the umbrella of genetic engineering (GE). These biotech processes have the potential to speed up the painstakingly long crop breeding process and improve crop varieties. Gene editing can enable domestication commercially unviable and perennial wild plants. Improving crop varieties and allowing domestication of, otherwise unsustainable, plants will give farmers more options to grow commercially. Agrobiodiversity will enhance as a result – and GE technology, especially gene editing, can enable this transition.

Several nutritious plants, including their fruits, seeds and vegetables are inedible to humans, but with modifications, they could supplement our diets. Take for example the cotton plant. We don’t grow the cotton plant for food, but rather for fabric. For every kilogram of cotton fibre, farmers collect more than one and a half kilogram of seeds. Packed with nutrients, cotton seeds have high oil and protein content. Cotton seeds also contain “gossypol”, a chemical that acts as a pest deterrent. Gossypol’s presence throughout the plant is helpful, but it isn’t useful in seeds. Nevertheless, it’s there. And that’s bad news because gossypol’s concentration in the is toxic to humans.

It’s a shame that these nutritious seeds mostly go to waste. But genetically engineered cotton plants produce almost no gossypol in their seeds making it safe for us to eat. Rest of the engineered plant still contains a good level of the chemical to keep insects at check. Recently, the US Department of Agriculture approved GE cotton. Upon approval from the Food and Drug Administration, the biotech plant could open up possibilities of new food and feed source. Thanks to genetic engineering, we, and especially cotton growers from a deprived background, may soon have a nutritious food option that would otherwise go to waste.

Despite several edible plant options, most of us eat the same thing. This happens mainly because these plants cannot be commercially grown. Crops with low yield and poor shelf life aren’t financially sustainable, so they are not commercially viable. Local producers do, however, grow these plants regionally in small farms, but such plants only cover the local niche market. Agrobiodiversity suffers as a result. Some call these commercially abandoned plants as “orphan crops”.

One such example of the orphan plant is Physalis pruinosa, commonly known as groundcherry. Native to Central and South America, these plants have a wild, sprawling growth habit and their fruits drop to the ground while small (around one gram). These traits make the plant challenging to cultivate wider and produce higher yields. However, scientists recently used genome editing to improve groundcherry’s undesirable traits including plant’s weedy shape, flower production and fruit size. Using conventional breeding methods to enable industrial-scale production of wild plants can take anywhere from a decade to many centuries.

Scientists also used genome editing to improve Solanum , the wild relative of the tomato, which is resistant to the bacterial spot disease and more stress tolerant than tomato. They altered the native plant’s genome to produce a variety that has a threefold increase in fruit size and a tenfold increase in fruit number. Moreover, the genome edited fruits were more nutritious than the commercial tomato. Another study also modified the genome of the wild plant to introduce traits that enable domestication, while retaining the disease resistance and salt tolerance.

The studies show that genome editing can fast-track the domestication of wild, orphan plants, which could be necessary for our food security and improve agrobiodiversity. Advancing biotech also provides hope for the commercialisation of other regional-bound orphan plants, such as cowpea and grass teff. We may be able to introduce other major staple crops to support the calorific needs of a growing population, and reduce our dependency on very few vulnerable crops. But recent policy ruling and campaigns means that the policy and social awareness are yet to catch up with the technology that could save countless lives. 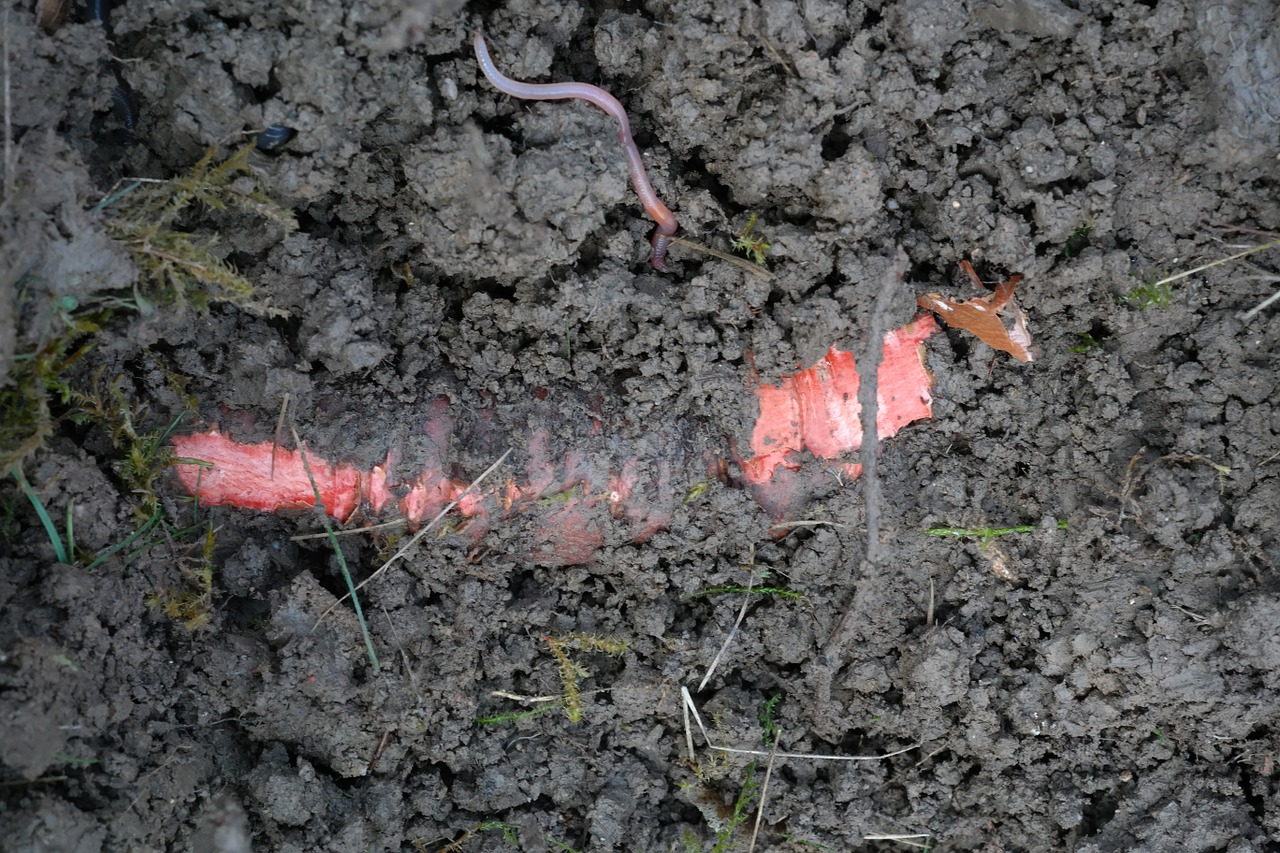 < Prev post
Regulating plant gene produces chemicals that repel plant pathogens Plants fix carbon through photosynthesis, but they release chemicals into the soil that contain one-fifth of the carbon they make....
Virology: science and medicine discipline emerged from plant science Plant science is vital for our food security and in our fight against climate change. What’s less recognised is that...