When I finished my PhD, I carried on working in research, partly because I was unaware of other career options. Three years more in academia, and it was time to move on. But, being trapped in the “academic bubble”, I still had no clue about what I could be doing next.

I know that my story isn’t unique — there are plenty of PhD students and post-doctorate researchers that find themselves in a similar situation. So, I recently launched the TalkPlant “Post-PhD Career” blog series to highlight different career routes after a PhD. Today, I’m delighted to be telling you Dr Kasia Makowska’s career story.

Makowska is a caseworker at the Public Interest Law Centre (London, UK), where she helps support vulnerable migrants. Due to the current Covid-19 lockdown, I spoke to her over Zoom to find out about her Post-PhD Career that went from a PhD in cancer cell biology to science communications to now working for the rights of European homeless migrants. Makowska also spoke to me about the personal difficulties that she faced during her PhD and struggles with mental health.

After an undergraduate and a master’s degree in biotechnology in Poland, Makowska moved to the UK for a PhD. “My family was very pleased when I won a scholarship to study a doctorate abroad,” says Makowska. She recalls feeling the burden of her family’s pride on her shoulder, who expected her to stay in academia, ideally become a professor at a prestigious UK university (a piece of cake!). “I used to think that I wanted a long academic career,” she says, alluding to her decision to quit academia after her PhD. She says that her family has come to terms with her career choice after an initial surprise.

Makowska says that she decided to leave research mainly because she wanted more interaction with other humans and to take a “bigger picture approach” to work. She tells me that she very much enjoyed the subject of her PhD, but at some point, she realised that she didn’t want to go too deep into a small, specific subject area. Makowska rather enjoyed taking a step back to consider the implications of moving different levers to see how science works as an overall field. In other words, she became more interested in science policy.

Crucially, she points out that she wasn’t limiting herself to just one career option. “I was open to different opportunities,” she says. Keeping her options open, Makowska started preparing for a post-PhD life by attending various training sessions to develop transferrable skills, as well as registering for seminars and workshops to identify non-academic career options. In one of the career seminars, she met someone working for the European Commission who shared their experience of working with different teams from several countries and looking at significant scientific issues that affected the entire continent or the world. She found out about a job that she didn’t even know that existed.

After the seminar, she had a clearer idea of what she wanted to do next. Her application for a training graduate position at the European Commission was successful, and she joined the Communications team as an intern.

After her internship, Makowska joined the NC3Rs, a scientific organisation working for animal welfare in research, as a press and communications officer. “I knew the organisation for a long time. I was already passionate about animal welfare in the medical research field, so combine that with my interest in science communication, it was a dream job for me,” Makowska says.

Her role at the NC3Rs involved writing contents for science communication and building relationships with stakeholders, including the research community and other organisations with similar remits. She was part of a small communications team, which meant that she had a chance to be involved in different things. “I loved the variety, and the organisation was open to let me explore new things and let me grow in new areas,” she says. At the NC3Rs, she was responsible for the organisation’s news items, blog pieces, a bit of social media and interaction with the Press. She also attended events and carried out some public engagement.

The main aim of the role was to disseminate research that promotes best practice in the “3Rs” (replacement, refinement and reduction of animal use in research). Makowska summarised research works into a simple form to highlight the most relevant aspects of science, but also about animal welfare in research. “I enjoyed translating good research into information accessible to different audiences,” she says. “The research was, of course, better for animals, good for scientific and technological reasons, but also often cheaper. This part of the job was very easy for me because I completely believe in the organisation’s mission, and I was fascinated by the things that I was writing” she says.

“The NC3Rs has small, specialist teams working with different targets and priorities. It was fascinating to feed into their work from the Communications team.” Makowska says that the team working environment in the NC3Rs gave her the job satisfaction that was missing in her academic work. She says that one of the most challenging parts of the job was to work together with stakeholders with conflicting priorities. Still, she found it rewarding when shared interest complemented each other’s objectives.

“Going from academia, where you’re funded to focus on your work, to working for a funder of research that considers a very broad picture was an interesting experience,” she reflects at her time at the NC3Rs.

Current role as a caseworker

A couple of years into her position at the NC3Rs, Makowska started volunteering for Akwaaba, a social centre for migrants. Little did she know at the time that this experience would be much more than a part-time volunteering activity. After four years at the NC3Rs, she left the organisation to take up her current position as a caseworker at the Public Interest Law Centre.

As she continued to volunteer to support vulnerable migrants, it became more and more important for her, and so she decided to transition her interest into a full-time career. “It wasn’t a straightforward choice to move into this role, because I’m not formally trained in this, so I did give it a lot of thought and consulted many different people,” she says.

“I was fortunate to know some of the colleagues during my time as a volunteer. So, I knew that I would be working with other people who were also very passionate about the rights of vulnerable migrants. This made it easier to make up my mind.” Her current role involves helping people apply for the settlement scheme after Brexit. She works with vulnerable migrants, who may also be rough sleepers, or at risk of being homeless.

Working in an extremely challenging situation, with vulnerable people, she’s often self-reflecting. “I don’t take anything for granted when I interact with others; you never know the kind of adversities people are facing,” she tells me.

Makowska is a busy individual. She has also recently been appointed the CEO of the Polonium Foundation, which is a diaspora organisation that connects Polish researchers, who work and study abroad, or anyone with interest in research in Poland. “It’s a fantastic team, and I still get to stay in touch with the academic work through the Foundation,” she says.

She started volunteering for Polonium Foundation in 2018, initially as a part of their Communications team. She was also involved in organising and coordinating their annual event. “It was great to see around 200 researchers from over 30 countries come together to present their research from several disciplines spanning from humanities to biomedical sciences to engineering. It’s highly unusual for these researchers to be in the same room at the same time. It was incredible to see the exchange of ideas between these researchers,” Makowska says.

Makowska says that there’s a tendency in academia, where PhD students that move outside academia are judged for their choice. “Academia is a leaky pipeline, there aren’t enough jobs for everyone, so it’s not a failure to look for a non-academic career after a PhD,” she says. “I’m happy that I did my PhD, I learned a lot, but I also have no regrets whatsoever that I moved away from research.” She says that the soft skills and particular approaches to handling challenging situations that research can present are some of the valuable things she learnt in academia that is easily transmittable into other jobs.

Makowska advises PhD students to keep an open mind and to look after their mental health. “PhD can be a very stressful process; there’s a lot of pressure coming from others and from yourself, which can take its toll on your mental health. I certainly struggled at times during my PhD. I am glad more conversations and initiatives are happening about this nowadays” she says. “I found out about the post-PhD career option that interests me because I took an hour out of my PhD and went to this random seminar. So, don’t be afraid to approach someone or ask simple questions like ‘what do you do?’. This approach certainly opened my eyes and made me aware of opportunities that I didn’t know existed, and realise that I liked the things that I thought that I wouldn’t enjoy.”

Kasia Makowska is a caseworker at the Public Interest Law Centre. She’s also the CEO of the Polonium Foundation. Previously she was a press and communications officer at the National Centre for Replacement, Refinement and Reduction of Animals in Research. Follow on Twitter @kasia_itp 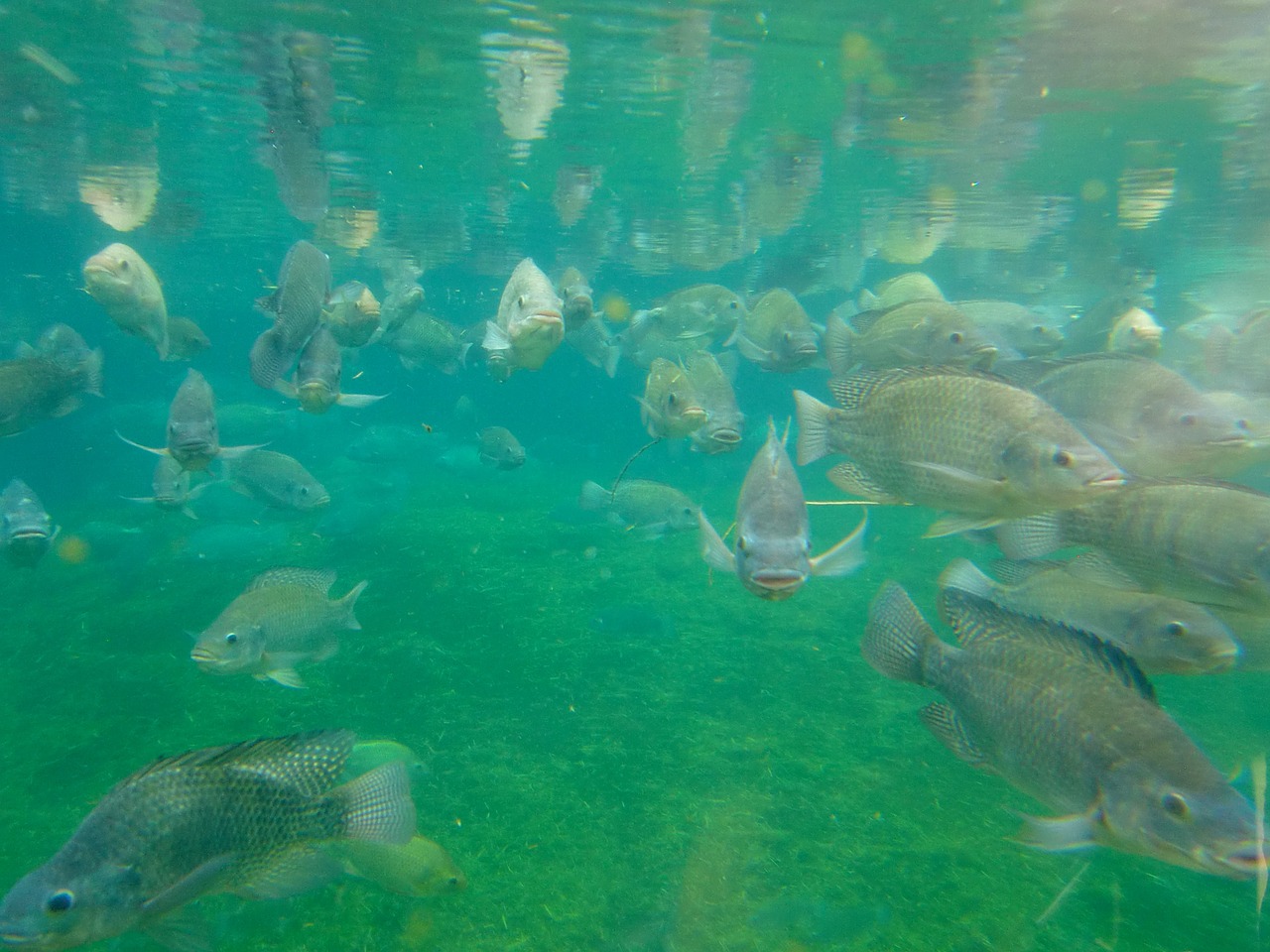