4 We think we are different, but eat same things. Why?

We think we are different, but eat same things. Why?

Diminishing ecosystems and climate change are hurting the Earth’s biological diversity and wilderness. These things also affect agricultural biodiversity or agrobiodiversity. There is another thing though that’s also a threat to our food diversity: the agriculture industry, itself.

A couple of years ago, I visited the beautiful Alsace region in France, and I remember seeing just one plant grown everywhere met my eyes. From the little town of Riquewihr, all I could see was vineyards to the end of the horizon, and nothing else. The grapes from these vineyards are used to make wines that are supplied all over the world.

The industrialisation of food has caused a sharp decline in agriculture diversity. Of tens of thousands of edible plants available to us – hundreds of these being nutritious and good-tasting – we nearly always eat less than twenty plants. Now just three crops (rice, wheat and corn) provide over half of the plant-derived calories worldwide. In an era where we like to think that we are different, isn’t it ironic that we all eat the same thing? I love rice, pasta and bread, but our dietary dependency on these crops is bad, bad news.

Take the banana for example. Until the 1960s, the “Gros Michel” bananas dominated the industrial banana trade and production. These bananas were far better than the current “Cavendish” bananas that we eat today. So why aren’t we eating these superior bananas anymore? Because the Gros Michel bananas were from a genetically narrow group and the entire population was wiped out by a fungus epidemic that causes the Panama disease. Now Gros Michel bananas aren’t grown commercially and have since been replaced by the Cavendish bananas that were resistant to the fungus that causes Panama disease.

The crucial thing to note is that Cavendish bananas were resistant to the fungus, but aren’t anymore. It took the about seventy years after the first incident of disease for Gros Michel bananas to be ousted commercially. Roughly fifty years ago, the Panama disease emerged in the Cavendish bananas too, and now there are grave fears of a déjà vu, where we would lose our best banana again. Commercial death of the current banana industry will significantly affect millions that depend on banana as a source of food and income. But it didn’t need to be this way – there are over five hundred variety of bananas, but we only use the Cavendish cultivars.

It’s easier for our food system to absorb the loss of an important, but not a staple, food like the banana. But much harder to deal with the loss of the staple food that accounts for a significant proportion of calories in our diets. The 19th century Irish Potato Famine is a tragic example of how biological diversity (or a lack of biological diversity) could cause catastrophes. An estimated million people died in The Great Famine due to the country’s dependency on a single food source. The potato blight spread across Ireland like an epidemic, infecting potatoes that provided over half of the nation’s food needs. While the pathogen that caused the disease came from the Americas through Western Europe, other countries were able to manage the related diseases by using different potato types. But Ireland was vulnerable due to its dependency on just one variety, the Irish Lumper. Time and again history has repeated itself but perhaps never to the devastating consequences as seen in the 19th century Ireland.

To go back to my earlier point, that just three crops provide over half of the plant-derived calories worldwide is indeed a very worrying trend. Moreover, a significant percentage of these crops are grown in a relatively small area. For example, China produces and consumes nearly one-third of rice worldwide. And most of the rice production is concentrated in East China.

Recent fungal wheat blast outbreak in Bangladesh has destroyed over fifteen thousand hectares of the crop so far. The disease has spread to India that has prompted the Indian government to take drastic actions. Hundreds of hectares of the crop were burnt, and now farmers aren’t allowed to grow wheat within five kilometres of the Bangladesh border. Of course, the irony is that the disease, originating from South America, travelled around fifteen thousand kilometres to get to Bangladesh. A mere five kilometres won’t stop the outbreak. But it may help to use control measures that South Americans have been using. The blast disease can also infect rice plants. This is worrying because there is a remarkable overlap in areas where rice and wheat are grown in China, India and Southeast Asia. Fortunately, the fungal strain that’s causing the wheat blast in Bangladesh doesn’t infect rice. But that doesn’t take away from the fact that these staple crops are vulnerable to large-scale infections, which could cause a severe threat to worldwide food security. Therefore, improving agrobiodiversity is vital for our food security.

The Earth contains over twenty thousand edible plants (reported up to three hundred thousand). It would be logical to think that we would have more food grown commercially. This begs the question: despite having this many options, why do we (nearly) always end up eating only a dozen or so plants? One of the reasons is that the growth and demands of the urban population nudge the food industry towards growing profitable plants.

For example, we rely mostly on rice, wheat and corn to get our calories, but what’s the most produced crop worldwide? The winner by a long, long way is sugarcane. Why? Because there is a demand for it – most of the world’s sugar comes from sugarcane. We need sugar for our cakes, chocolates, biscuits, and other sweet things. Supermarkets also add sugar to almost everything they process creating more needs for sugar. The agriculture sector grows the sugarcane, not to fulfil our dietary requirements, but to fuel the profit-driven industrial demands.

Some policy decisions also indirectly reduce agrobiodiversity. For example, the United States government has a policy on renewable fuel targets to replace petroleum-based fuel. Two of the four renewable fuel categories include biomass-based diesel (biodiesel) and cellulosic biofuel. Both of these two fuel categories use plant materials to produce generate fuel. Biodiesels mostly come from soybeans, and the cellulosic biofuel comes mostly from corn.

The United States government is wrong to categorise these fuels as renewable. Food is non-renewable so how can these fuels be renewable? Due to these policies, crops are sometimes grown not for food but fuel production. There is only a limited area of land for agriculture. Instead of growing corn, soybeans and other plants to make biofuels, we could use this land to produce a range of food for us.

Both my maternal and paternal grandparents were small-scale farmers in Nepal. They supported their families through the earnings from their small fields. They had plenty to eat from their farm fields, but due to limited earning potential, they couldn’t pay for much else, including medical treatments. Everyone from my grandparents’ generation stayed back in the village and made their living from their small-scale farms. My grandparents were (at minimum) eighth-generation small-scale farmers. Now there is hardly anyone making their living off their farms in my village. Growing food requires lots of effort, but the financial returns are meagre. For most in my village, it’s just not worth it.

I still remember vividly that just twenty years ago, we used to grow many, many different varieties of plants to eat. Now the same fields are left bare most of the year; my uncles get local farmers to grow rice twice a year, and that’s about it. Since the 1960s, the average farm size has gone down in low- and middle-income countries at an alarming rate. This is probably indicative that farmers in these areas aren’t getting much wealthier.

It’s estimated that there are over 500 million farms worldwide. More than1.5 billion people live in small-scale farming households. Many of these farmers are extremely poor, often living below the poverty line. Modern technologies can help these farmers by making agriculture less physically demanding while also improving efficiency, but they don’t always have access to these technologies. By blending tech with right policy incentives from governments and other agencies, small-scale farms and farmers can thrive again, which could somewhat help combat diminishing agrobiodiversity. History tells us that we can’t rely heavily on a few crops. We need to act fast to prevent a catastrophe that hasn’t happened yet and secure our food for tomorrow.

< Prev post
PhDs don’t last forever. Know your options. Start now – Part II A final year PhD student got in touch with me recently to get some advice about career options outside academia....
Most young scientists will not study plant science. So why did I? A few years ago when I was getting a haircut, the barbers and other customers mocked and laughed at me... 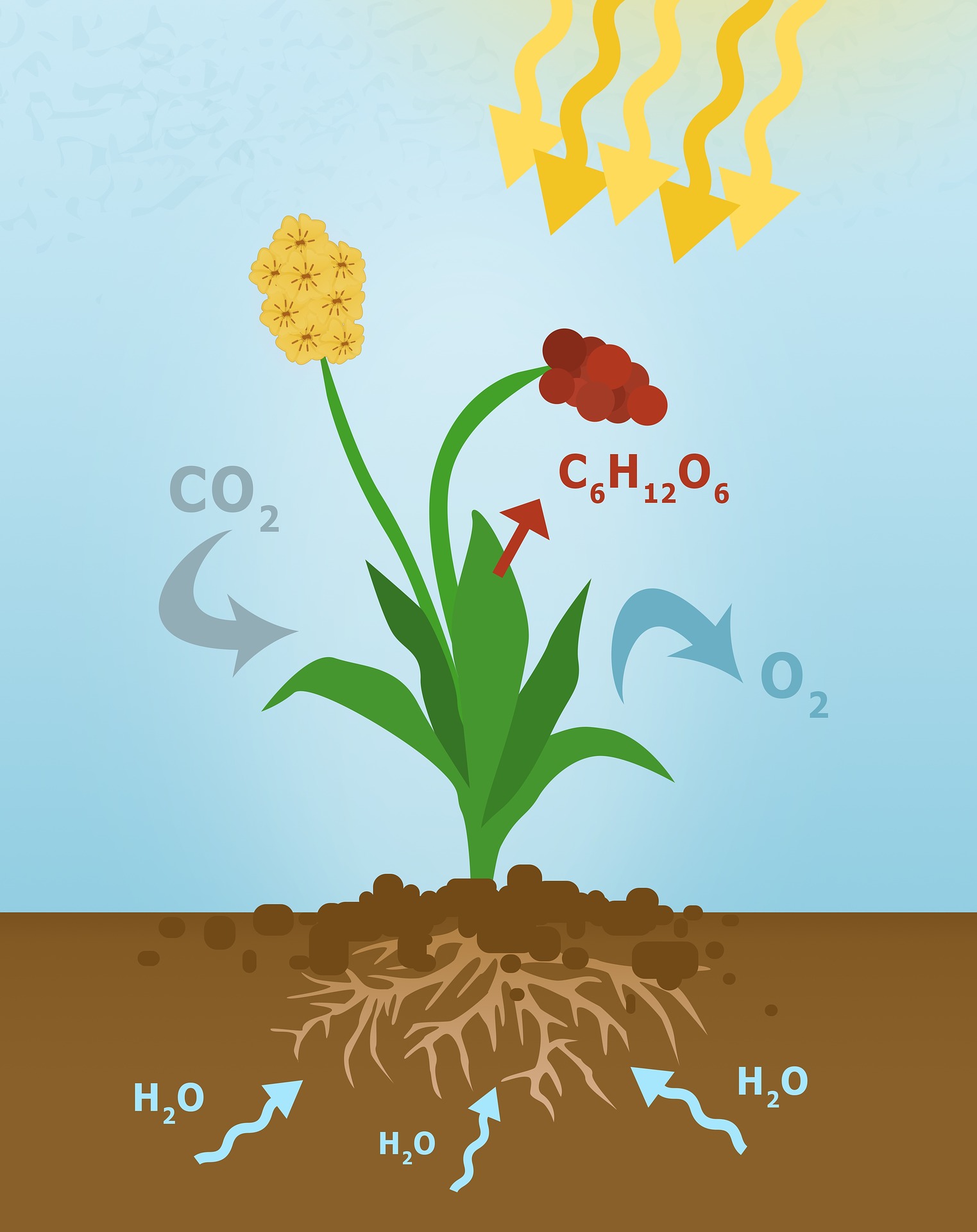